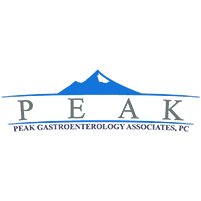 Hemorrhoids affect 5% of all Americans, and most of them are embarrassed to talk about it, even with their doctor. The team at Peak Gastroenterology Associates understands you may hesitate to talk about hemorrhoids, but as specialists in colon and rectal problems, they’ve treated many patients with hemorrhoids at their clinics in Colorado Springs, Castle Rock, Salida, Denver, Woodland Park, and Parker, Colorado. It’s always important to have rectal symptoms evaluated, just in case you have something more serious than hemorrhoids. To schedule an appointment, call one of the clinics or use the online booking feature.

Hemorrhoids are enlarged veins that occur in your rectum and around your anus. The problem develops when excessive pressure causes swelling in the vein. The pressure may come from sitting on the toilet for a long time, straining during bowel movements, and lifting heavy objects. Women also tend to develop hemorrhoids during pregnancy.

What Symptoms Develop Due to Hemorrhoids?

The symptoms you develop depend on the location of your hemorrhoids:

External hemorrhoids occur in the veins under the skin around your anus. These hemorrhoids cause pain, itching, and skin irritation.

How Do You Treat Hemorrhoids?

Your treatment depends on the severity of your symptoms. You may relieve mild swelling, inflammation, and pain with home treatments such as topical hemorrhoid creams, soaking in a warm sitz bath, and eating high-fiber foods. The extra fiber softens stool and increases its bulk, which helps you avoid straining.

If your symptoms don’t improve within a week or they start to get worse, your doctor may recommend one of the following procedures:

During sclerotherapy, your doctor injects a medication that makes the vein breakdown and turn into scar tissue.

Your doctor uses heat from a laser or infrared light to destroy internal hemorrhoids.

If your hemorrhoids persist despite conservative therapy or one of the minimally invasive procedures, your doctor may perform a hemorrhoidectomy, which is a surgery to remove the hemorrhoid.

If you develop symptoms associated with hemorrhoids, call Peak Gastroenterology Associates, or schedule an appointment online.